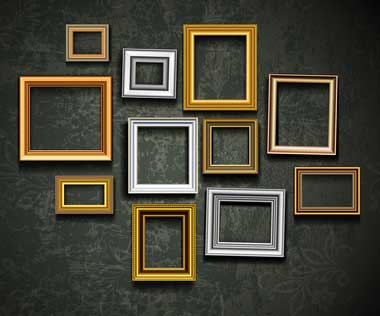 There is no perfect full-screen or maximum size for interior images in an eBook although there is some agreement on universal dimensions that work on most eReader devices. eBook cover sizes have settled down*, but if you search for complete information about interior images, you’ll find little more than waffling, incomplete information, and general avoidance of a question that has no one true answer.

For Kindles predating the Kindle Fire, 520 x 622 was the optimal size because it didn’t trigger resizing by Kindlegen and left room for a caption. Those dimensions also worked reasonably well on other eReaders. But eInk Kindles are no longer a touchstone. Newer Kindles and the iPad have different aspect ratios and higher resolutions. If you’re self-publishing or formatting books for others, it’s impractical to produce different files for all Kindle devices in circulation plus various incarnations of Nook, Kobo, and iPad.

The Golden Mean, sort of…

From what I can find, most current devices display images up to 600 pixels by 800 pixels. Because of that, conventional wisdom is that a reasonable maximum size for illustrations is 600 x 800 pixels.  Except for the iPad. Apparently, there is a “magic” size of 600 x 860 pixels (see below) in some scenarios.

In practice, eReader screens vary from almost square to tall skinny rectangles, leaning towards the latter. Images that are 800 x 600 (4:3) have an aspect ratio of 1.33, which is a pleasing rectangle.

Distinguish between Screen-size and Viewing area

Devices with 600 x 800 screens will not have a normal viewing area that large. Margins on four sides and/or menus take up space. Most devices, even older ones, let you expand images in the viewable area to full-screen. For example, eInk Kindles display an image at 600 x 800 pixels when zoomed, but not in the normal viewing area with margins and progress bar. A gesture on the iPad works the same way.

Amazon’s KDP help page about images was written when there were only eInk Kindles and contains some recommendations that predate KF8, including the statement that images with an aspect ratio of 9:11 will always fill the screen. They actually mean a ratio of 9:11 which is an aspect ratio of 1.22, a squarish rectangle. (Example: 524 x 640 pixels). I see this recommendation repeated like gospel all over the place, but it’s obsolete.

According to Liz Castro, my go-to person for information about ePubs on iPad, the magic image dimensions for full-page images on the iPad are 600 x 860 pixels. At that size images will generate a page break.  She demonstrates that iBooks will always fill an entire vertical or horizontal page with them.

I have a retina-display iPad with a screen-size of 1536 x 2048 pixels (total of 3,145,728 pixels). Apple iTunes enforces a limit of 2 million pixels for images, so you can’t use illustrations with those dimensions. That wouldn’t work well for several reasons.

Liz Castro’s blog, Pigs Gourds and Wikis, has several informative articles about using images and controlling their display on the iPad.

Apple’s documentation lacks precision regarding illustration dimensions (understatement!). The forums are full of people just wanting a simple answer to what should be a simple question about exact interior image dimensions. As with Kindle, there are clearer instructions for product and inside cover images than for illustrations.

I worked on a book recently that had eight illustrations, some of which were very tall proportionately. I made none wider than 600 pixels and none taller than 800 pixels and they looked fine in Kindle Previewer and on my old Kindle 3 (keyboard) and Kindle Fire HD Tablet as well as on the Nook. This particular book was not being submitted to iTunes.

Higher resolutions are becoming more common, but unless I were doing a cookbook or picture book for iPad, which isn’t likely, I’m sticking to 600 x 800 as maximum dimensions for now. Just because you can make an image full-screen doesn’t mean you have to! Many illustrations are just fine at smaller sizes and aren’t important enough for the user to stop and zoom in. You can even wrap text around images now in iPad and KF8.

Last year I worked on a book featuring a huge detailed hand-drawn map and had to split it into two full-screen images to keep the text readable. Maps with text scream for the full treatment; close-up portraits of people, not so much. I kept the maps 600 by 800 pixels for Kindle, but for the iPad I made them 1200 x 1600 pixels, which is 1920000 pixels, under the 2-million pixel limit. They look fantastic on my iPad Retina when zoomed. Sometimes, you just have to do what works best for a particular situation.

Kindles are a formatting challenge. Fortunately, the latest version of Kindlegen (bundled with Kindle Previewer) has greatly improved preview simulations for various devices plus Kindle for iPad.