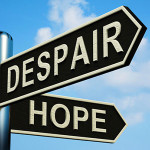 Forget what used to be the conventional wisdom about the Kindle inside cover image. A 600×800 pixel image still works best with eInk Kindles, but the newer Kindles and higher resolution eReader devices are rapidly coalescing around an emerging standard of 2500 pixels on the long side and a new aspect ratio of 1.6 (tall and skinny). Apple also suggests this ratio for the iBookstore, with a minimum width of 1400px.

These changes in cover production requirements have found their way into Smashwords, which will produce a simply-formatted eBook in multiple versions for publication in SW’s own catalog and those of other vendors, including Amazon, Barnes and Noble, the iBookStore, and so on. If you also publish to CreateSpace, you will need a 300dpi version of your cover for print at the appropriate binding trim size.

In 2012, Amazon changed product catalog cover image guidelines and the inside cover maximum file-size twice, and released two major updates to Kindle Previewer (which includes Kindlegen). I noticed that covers I had worked on, tested, and ensured met current inside cover guidelines exhibited disappointing evidence of being compressed in spite of claims to the contrary. The mobiunpack.py script used on Kindlegen output showed me additional compression, but I thought it might be due to a lag in the Kindlegen utility or how the script handled images.

Late last spring, I realized that KDP instructions had changed because of questions from an author, and advised him to upload the catalog cover when prompted and to look for the inside cover checkbox and select it if possible. At that time, I didn’t occur to me that the inside cover wasn’t being used, and I’m sure I didn’t see anything about such a major policy change. Then last month, I watched the updated KDP process in action.

A client requested that I go into his account and check a couple of things on the forms, including the cover upload section. The checkbox for indicating inclusion of the inside cover in the book file was missing and there were new instructions attached to the product catalog cover upload section. Then I uploaded the client’s product catalog cover.

The evidence was irrefutable and I watched it happen. KDP not only uploaded the cover, it reprocessed the book file and replaced the inside cover image. Then I searched for user reports and found posts that repeated what I had just seen and expressed frustration with the new practice.

Amazon literally discards your inside cover image and replaces it with the product catalog image. In addition, the inside cover is compressed down to 60KB.

Ask yourself what happens when a very large image is compressed to 60KB compared to a 127KB or even 254KB image? There’s more compression. More compression results in more JPEG artifacts and color bleeding. Amazon must be counting on the facts that:

Given the popularity of tablets, the shift towards a standard 1.6 aspect ratio is here to stay. I don’t particularly like the look, but will get used to it. The silver lining is that a single standard for eBook cover dimensions will make the process easier and more predictable.